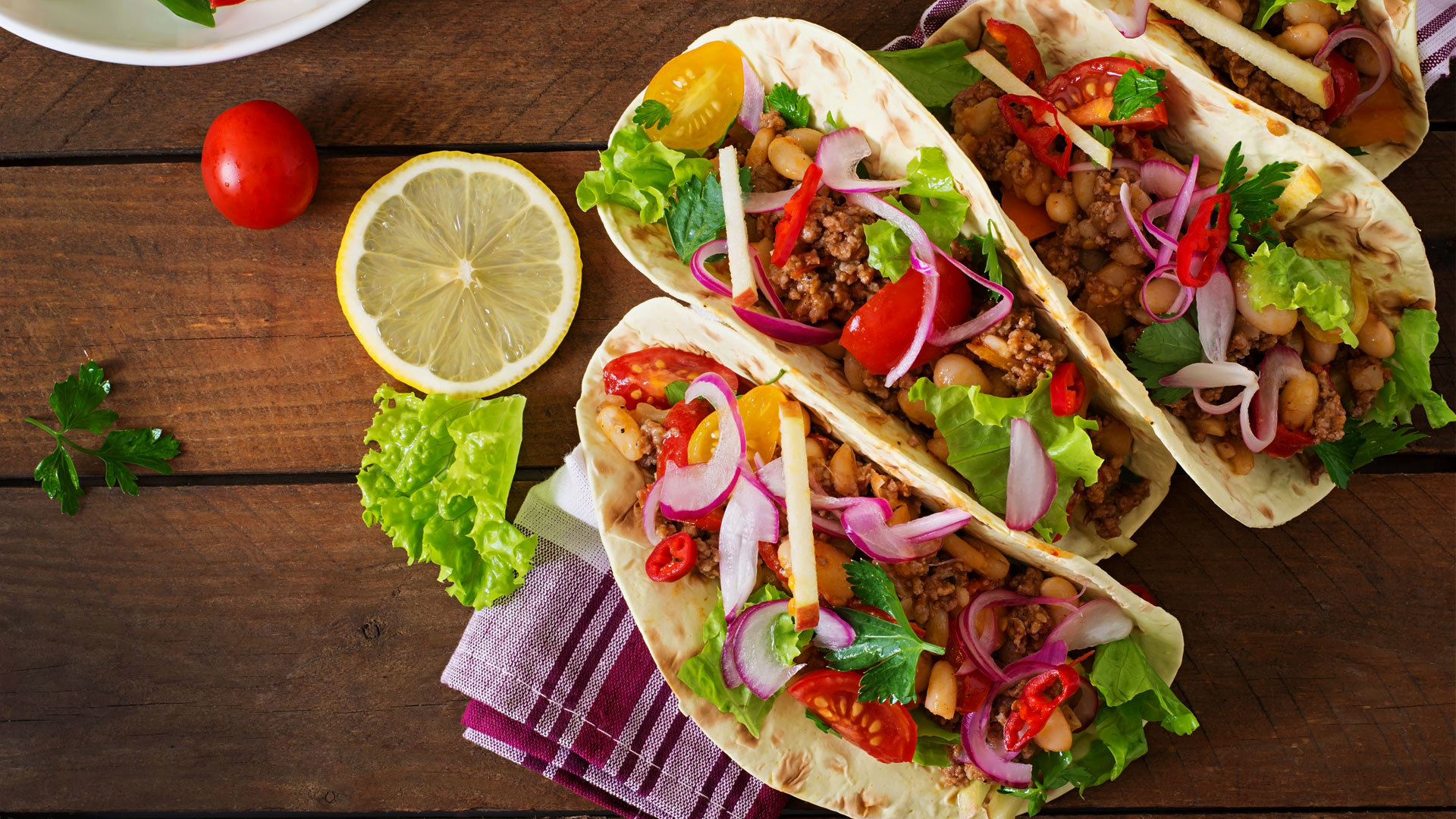 When it’s time to grab Mexican food in the Fresno, CA area, don't settle—make sure you are getting food made with authentic Mexican recipes.

Whether you need to make a reservation, get a hold of a quality catering service, or just grab some takeout for the night, Pico De Gallo Mexican Food can meet your needs.

With quality specials every day and plenty of friendly customer service, Pico De Gallo is the place for you! 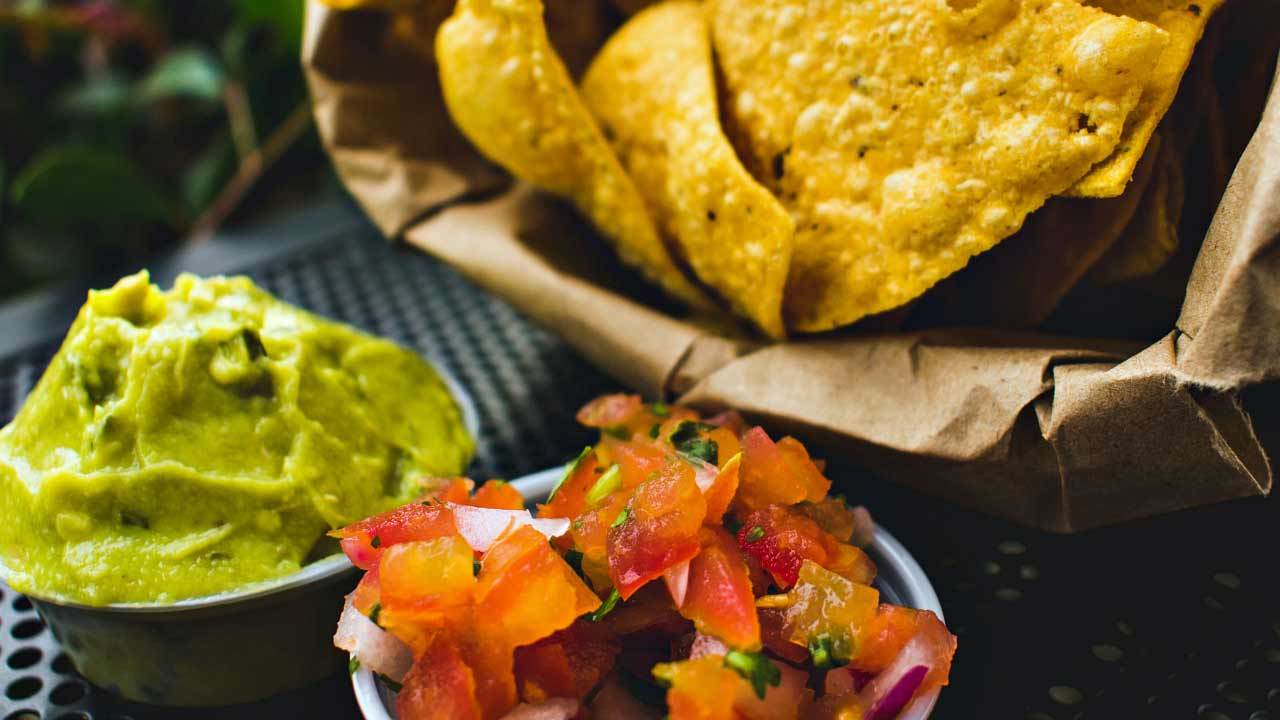 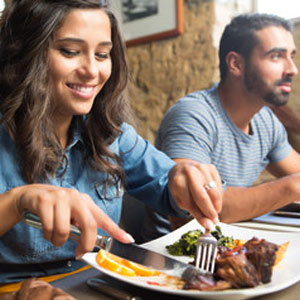 When you dine at Pico De Gallo Mexican Food, you will be able to taste the finest Mexican food selection for miles around. As a family restaurant in Fresno, CA, we strive to ensure you can enjoy a meal with the whole family. Ask about our lunch and dinner specials! 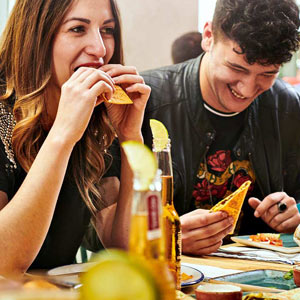 Liven up your next event with delicious food brought straight to your guests! From enchiladas to asada fries and more, we make any party you throw unforgettable. Call Pico De Gallo Mexican Food for Mexican food catering you are sure to love. 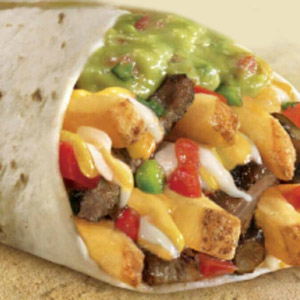 Start your day off right, with breakfast specials from Pico De Gallo Mexican Food. Whether it's some scrumptious breakfast burritos, delicious street tacos, or our famous fries, we know you will find something you love. Grab a burrito, grab some coffee, and get ready for your day with our delicious breakfast options. 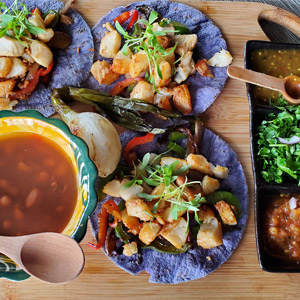 Nothing makes for a better lunch than Mexican food, and you won't find a better place to get yours than Pico De Gallo Mexican Food. Try our delicious menudo, or look through our menu of Mexican appetizers if you want something a bit lighter. There are plenty of Mexican restaurants in the Fresno, CA area, but none with lunch specials as good as ours. 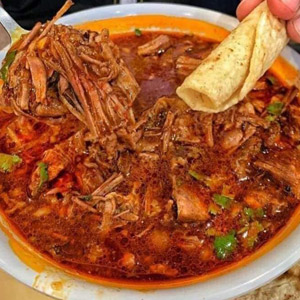 No restaurant is complete without dinner specials, and when you eat at Pico De Gallo Mexican Food, you can expect tasty options every day of the week. We stand out among the best seafood restaurants in the area! Bring your family, bring your friends, just make sure you bring your appetite! 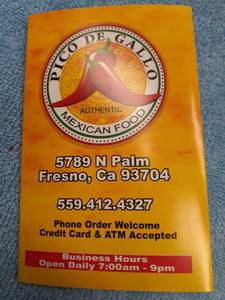 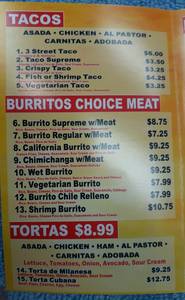 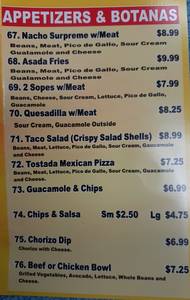 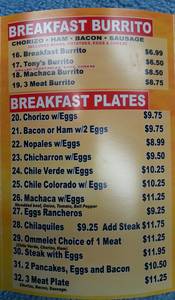 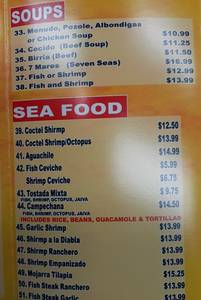 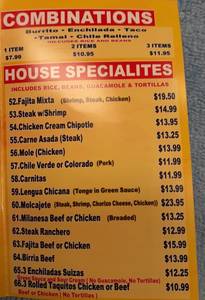 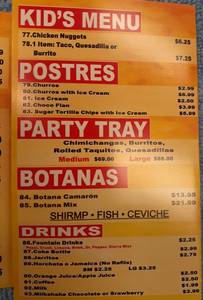 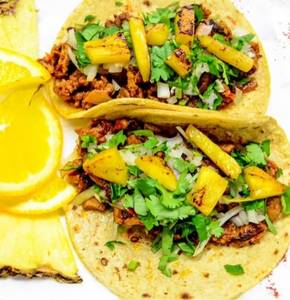 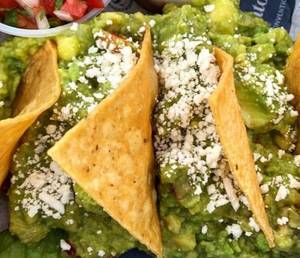 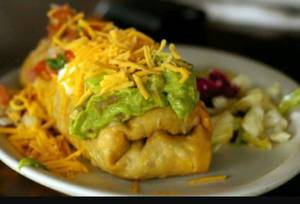 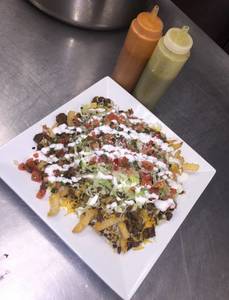 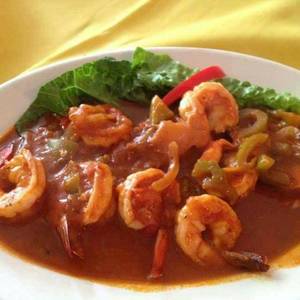 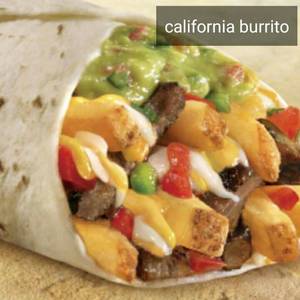 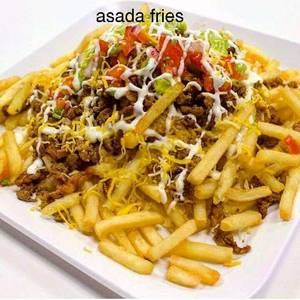 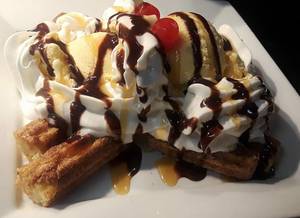 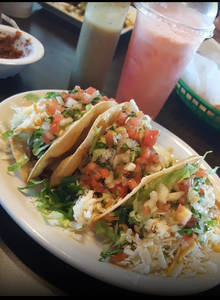 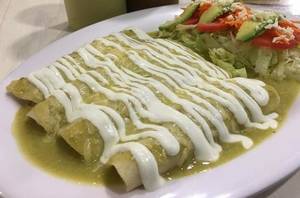 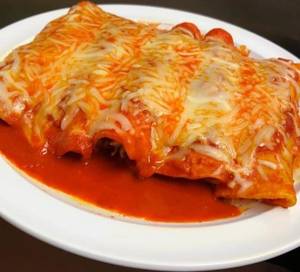 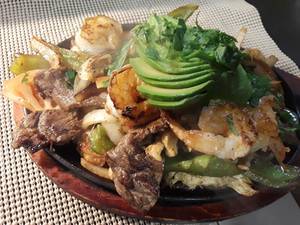 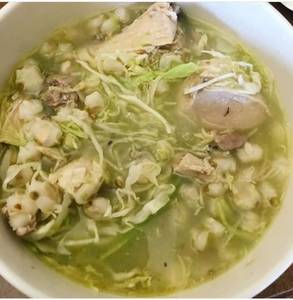 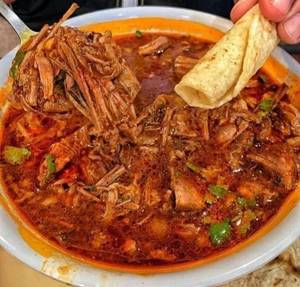 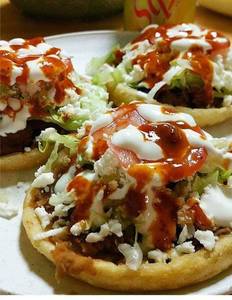 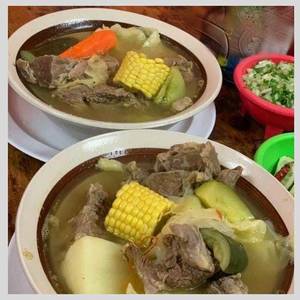 (Translated by Google) For Mexican food, place of good presentation, good seasoning in soups that I tried

I try Cosido and my husband try Pozole my goodness so delicious I couldn't finish it so much. Oh and home made tortillas

Amazing a place I will go back

First time being here the service was great the food was fresh and the drinks were delicious. Definitely coming back

Not bad at all

Nice breakfast!!! Food is great. Prices are good, staff is attentive and fast.

My first time to this restaurant. The food is really good. I had Menudo and its delicious. Highly recommend! I'll be visiting agIn.

Healthy portions, friendly staff, good prices. Pleased with the experience, it is a small restaurant, and it all is cooked fresh.

Normally I don't not go to Mexican restaurants because we cook Mexican food at home all the time. But this is an exception. The food was very well seasoned and was hot (boiling). The chorizo had an amazing flavor and the chili sauce was great tasting as well, not to spicy. The jalapeos were on point, made me sweat and burn for a few!!! Come and try it. You will not be disappointed.

The food was delicious, the coffee was hot and the salsa was flavorful! A new favorite and we will be back when we can.

We discovered this delicious mom and pop a few months ago! We have been there numerous times since! Friendly services. Support local.

Great food, one of the best in Fresno!

My husband and I took our son to try their food. He LOVED it, as we do. The staff is so friendly, and quick with the food orders. Gracias a todos en Pico de Gallo.

My wife and I have been here several times this month . The food is authentic, the service is friendly and we encourage everyone to give it a try.

Great food, friendly and speedy service.
Great place to get a breakfast Burrito.

I've had chilaquiles from places all over town, and these were the best by far! The tacos were fantastic, as was the burrito supreme. I'd especially recommend the al pastor and chile verde, both were great.

(Translated by Google) The food is delicious. Very good service. I recommend it excellent place.

Highly recommend Pico De Gallo. The food was delicious! Restaurant was clean and staff very were friendly. Generous portion amounts. Would visit again when in town.

It's a good little place for a quick bite

The Food is very delicious, from breakfast to Dinner, My family and I eat their at least once a week.

They actually put chorizo in their chorizo burrito...cooked perfectly.

Very delicious menudo place is great and there chocolate flan is on point highly recommend pico de gallop there biria is delicious...

Miss the neighborhood. Miss the tacos here even more!

Typical menu options, though they do put rice in the burritos, slightly higher price, good meat.

(Translated by Google) It was very good blessings!

Two times and there's going to be a lot more. I haven't asked yet cause I'm always in a rush, but these tortillas seem house made. Haven't had a good read on them because they're used for a burrito, I need one to come with a meal so I can know for sure.
Their chile is actually spicy, not tomatoes with some chile.
Have not had the tacos yet but I have good feelings and hopes there.
I've been here twice and had to order a veggie and egg burrito on the go the second time. Fast and just as I asked, no bells. First time I sat down and eventually settled on the veggie burrito. Table service gets chips and salsa/chile and a water if you ask. Veggie burrito comes with Nopales! eggs and cheese and some veggies+avo, for 6.50 this is a great burrito. (6.50+tax even for table service with chips and salsa and water!) Might need salt but who cares, we all generally eat too much salt anyhow. I asked them to add beans and rice and they said SURE!
I'll be back to check out what else they have that is good. I caught the scent of menudo and it really had the right aromas going on, made me salivate.
For the kind of food they have I'd guess a more of a booth type situation but I like it the way it is. Very clean, including the restrooms. They have karaoke, beer and I saw margarita mix as well.
I look forward to getting to know this place better now that I'm a little more north these days.
I would have posted a pic of my second burrito but it's life was too short and fast I couldn't get a shot :P
Also, this is the kind of place that has things sorted out well right from the start,,,,,,almost as if it were a taco truck before it was a brick and mortar. Or, that's where the people who run it had learned all the right stuff.

Best breakfast burritos. Only been disappointed once but I've gone a few dozen times. Green sauce has sooooo much flavor I just wish they would calm down the spice a little. It's extremely spicy but so good. White people problems

Good and quick service. Good sized burritos and the flavoring is good.

We love this place!

Food is good/fresh and taste the same everytime I go there, highly recommended.

The best street tacos on this side of town!

Great food, excellent service. They have really amszing soups and their California burritos are super tasty

The food was good Delicious and the server was nice

This was the second visit for my wife and I and we were just as happy. The food is very good and you get plenty for the money and the staff is very nice and the restaurant is clean. We will continue to recommend and eat here.

Ordered enchiladas plate. It was my first time ordering here and their food was pretty good. Beans were bomb rice was just a little dry. Enchiladas were bomb but they were a little plain.

Good food! Will definitely go back!

We go every weekend. Best beans, carnitas and Chile Colorado in town. Just make sure to request beans hot

Very impressed with the burritos meat was so flavorful.

Great food. I had a shrimp burrito. It had lots of large shrimp BIG size Great service.

Their burritos are lit! I had to order 20 burritos for my entire team and they had it cooked up, packaged and ready for pick up in less than 20 mins. They didn't cheap out on the quality or quantity of the ingredients. Most places when you do a large order the burritos are smaller than if you order just one, but not Pico De Gallo!

The shrimp burritos are fresh and delicious with a generous portion of jumbo shrimp. The churros were a flavorful taste treat. They made the perfect ending to a tasty meal! Curbside pickup was easy and professional. Thank you, Pico De Gallo! We'll be back!

Fajita Mixta ordered via doordash. Delicious! Tortillas were excellent...shrimp, chicken, steak, excellent...and the green salsa and red hot sauce were tasty. I noticed many other reviewers commented on the shrimp and I agree- good size, very fresh and tasty. Will definitely be ordering again in the near future!

Quick service and good food. My go to whenever I want Mexican food. Their posole and menudo are delicious

First time trying this restaurant. Amazing breakfast burritos! And their salsas aren't afraid to be salsas! I'm glad I work just down the street. I can't wait to try more of the menu items. -Robert Calderon

Love the green pozole so delicious!

I was traveling from so cal and decided to try, I was not disappointed this place had great food and great prices along with great service ! I was very impressed

My sister gave a movie Party. Her menu was Pico De Gallo Mexican Food. She ordered Party Trays of food. Mix Taco’s Mix Enchiladas Mix Quesadillas Grilled Onion’s and Peppers. I Loved trying them All. Everything was very delicious My Favorites the Pork Enchiladas Shedded Quesadillas Carne Asada taco’s.. It’s a must try if you haven’t.

The food is good. The breakfast burritos are really tasty.

I finally decided to stop in after years of driving by each day. I was so delighted to find a Mexican restaurant in Fresno that serves great food. The Chile colarado is so fantastic. After 3 visits ordering the same, I decided to try the posole and now after two visits a I should now try something else chicken enchiladas is next but should I try verde or roja??

chicken soup was amazing my kids loved it! served with handmade tortillas! the sopes and enchiladas were also very delicious! Glad there is an authentic restaurant on this side of town!--LMA

This place has the best Mexican food around!!! And I love Mexican food!!!!!---Travis Greer

Dialog will close after 10 sec.

Thank you for submitting your contact request! We will reach back out to you within 24 hours of receiving your request.

Select language to translate this page: